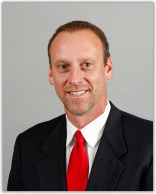 Larry Krystkowiak is entering his fifth year as the head coach of the Runnin' Utes.Krystkowiak, 50, led the Utes to a 26-9 record, a berth in the Sweet 16 and a No. 15 final national ranking during the 2014-15 season. Utah was ranked in the top 25 for 19 weeks in -- its most time spent in the national polls since the Final Four campaign of 1997-98. Utah also had its best finish since joining the Pac-12, placing third with a 13-5 conference mark and reaching the semifinals of the Pac-12 Tournament for the second time in three years.The Utes defeated Stephen F. Austin and Georgetown in the NCAA Tournament before losing to eventual national champion Duke in the Sweet 16, 63-57.

The resurgence of Utah basketball under Krystkowiak has also ignited Utah's fan base. The Utes averaged more than 12,000 fans to its home games this season, its highest attendance average since 2000-01.

Individually, Delon Wright won the Bob Cousy Award and was a Wooden All-American selection under Krystkowiak. The senior guard was also named a second team All-American by the USBWA and the NABC. Wright, along with junior guard Brandon Taylor and freshman center Jakob Poeltl, garnered Pac-12 postseason honors.

The Utes have also excelled in the classroom with Taylor being named a CoSIDA Academic All-District honoree and recently garnered Pac-12 All-Academic honors for a second year along with junior center Jeremy Olsen. Senior Austin Eastman and sophomore Kenneth Ogbe were also honored, giving Utah four student-athletes on the squad this season and a total of nine over the past two years, both tops in the conference.

Striving for success, both on and off the court, are trademarks of the Krystkowiak era and due to improvements in both areas, the Utah head coach was rewarded with a five-year contract extension that runs through the 2023-24 season. 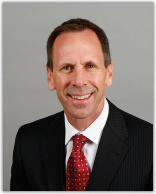 Tommy Connor is in his fifth year as a Utah assistant coach under head coach Larry Krystkowiak. During the summer of 2014, Connor was elevated to the title of associate head coach. This is Connor's second stint with the Utes, following four years as an assistant under the late Rick Majerus from 1994-97. Connor, a former Utah player (1986-88, 1990), returned to his alma mater after a very successful 12-year stint as the head coach at Westminster College (NAIA).Connor was a four-year starter for the Runnin' Utes at point guard. After graduating with a B.S. in Exercise and Sport Science, he spent three years as a graduate assistant and another four years as an assistant coach at Utah under Majerus. During his time on the bench, Connor helped guide Utah to the NCAA Sweet Sixteen and Elite Eight as well as the NIT "Final Four", while capturing four Western Athletic Conference championships. 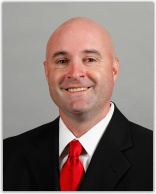 Andy Hill is in his fifth year as an assistant coach with the Utes. He came to Utah from Montana, where he spent seven years in the same role, including two seasons under current Runnin' Ute Head Coach Larry Krystkowiak. In his seven seasons at Montana, Hill helped the Grizzlies to three NCAA Tournament appearances, most recently in 2010, as well as a CBI bid in 2011. Montana also reached the Big Sky Conference Tournament championship game in four of his seven seasons. In Hill's two years under Krystkowiak from 2004-06, Montana went 42-20 and earned an NCAA Tournament berth both years, advancing to the second round in 2006. 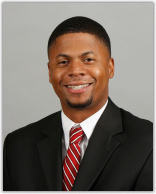 DeMarco Slocum is in his fifth year as an assistant coach with the Utes following a three-year stint in the same position at Colorado State. In his three seasons at Utah and CSU, Slocum has worked primarily with the guards and shared recruiting responsibilities. Before coming to Colorado State, Slocum served as an assistant coach at the University of Idaho. Prior to joining the Idaho Vandals, Slocum was the head coach of the Las Vegas Prospects AAU team for five years. During his tenure, the Prospects were ranked among the top five AAU teams on the west coast. Slocum has worked at various collegiate basketball development camps across America, as well as the West Coast All-Star Camp and the Adidas Superstar Camp. 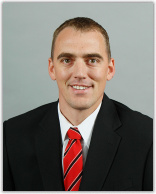 Phil Cullen is entering his first season as Director of Basketball Operations and fourth season on the Utah staff after returning to his alma mater as the Director of Player Development and Camps. This followed a three-year stint as an assistant coach at Grand Canyon University. Cullen played for Utah from 1998-2002 and helped the Utes to a 90-35 record during that span, including a 28-5 mark in his freshman year. One of the Mountain West Conference's top 3-point shooters during his career, Cullen can still be found in the Utah record books ranked sixth in career 3-pointers made (153) and 3-pointers attempted (396). Cullen received his bachelor's degree in civil and environmental engineering from Utah in 2006 and earned his master's in leadership from GCU in 2012. Cullen and his wife, Tara, have a daughter, Josie and a son, Rueben. 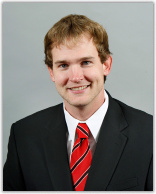 Scott McByrne is in his fifth year as the Video Coordinator for Utah Men's Basketball. McByrne originally joined the Utes midway through the 2011-12 season after spending two seasons with the New Jersey Nets of the NBA. With the Nets, McByrne was an assistant video coordinator under head coach Avery Johnson from 2010-11 and an intern under previous head coach Lawrence Frank, from 2009-10. During the 2010-11 season McByrne also worked alongside current Utah head coach Larry Krystkowiak, who was then an assistant coach with New Jersey. Other notable coaches McByrne has worked with include Popeye Jones, Del Harris, John Loyer, Sam Mitchell and Kiki Vandeweghe.McByrne is originally from Newtown, Pennsylvania, where he attended Council Rock High School South and was captain of the basketball team. He earned his bachelor's degree in Secondary Social Studies Education from the University of Tampa in 2008. 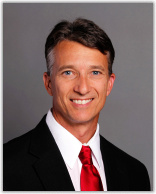 Charles Stephenson, who joined the Utah men's basketball staff as the first basketball-specific strength coach in the program's history, enters his fourth season with the Runnin' Ute program. Stephenson brings nearly 25 years of experience as a strength coach at the collegiate level. Most recently, he was the strength coach for men's basketball at North Carolina State from 1996-2011 and previously held the same position at Auburn from 1994-96. Prior to Auburn, he was an assistant strength and conditioning coach at the University of Virginia from 1987-94. Stephenson earned his master's degree in exercise physiology from UVA in 1989 and did his undergraduate work at the College of William & Mary, graduating with a bachelor's degree in physical education. Stephenson and his wife, Diane, have four children, Tyler, Shea, Quinn and Carsyn.